HOME / NEWS / BELLTRON IN THE HEART OF ORTHODOX MONASTICS

Belltron in the heart of Orthodox monastics 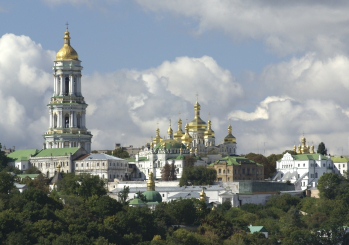 The installation of some of the Belltron audio systems  has just recently been completed inside the
Pechersk Lavra monastery in Kiev, Ukraine. This monastery is the biggest sanctuary in the monastic world and stands majestically on the high banks of the Dnipro river. It is the heart of Orthodox Christianity, a spiritual treasure. It is considered an architectural masterpiece and is part of the World Heritage by UNESCO. Today, Lavra houses the residence of the Metropolitan of Kiev Viktor Volodymyr, spiritual leader of the Ukrainian Orthodox Church.

The system was installed by a company called  Jazz Club. The choice of the equipment to be installed was made by determining the needs of the actual site. The decision  to install the new version of the digital mixer Belltron BPA 245 MEA was approved thanks to its distinctive features, such as:

•    Integrated Mixer, Antilarsen and Equalizer;
•    Programmabile via PC;
•    Equipped with buttons, no knobs which are subject to tampering and wear.
•    6 PRESET settings for weekday Mass, festivities, solemn mass, according to the different types of sound absorption and sound quality tonalities of the voice of each celebrant.

The opening out of Belltron towards Eastern markets confirms the great international success that the products are able to receive owing to their high quality and utmost reliability.